After the successful completion of two research projects from the CLIENT program funded by the Federal Ministry of Education and Research, Steinhardt GmbH has now received the notice of approval for participation in the follow-up project, KEYS. The project actively supports the development of German pioneering technologies for implementation of the sponge city concept in China.

In cooperation with Leibnitz University in Hanover and other partner companies, local solutions are being developed in the Chinese capital, Beijing, as well as in the booming metropolis of Shenzhen. These solutions are considered pilot projects with an impact on other locations in China.

In Beijing, for example, back-filled drainage ditches along traffic routes are being reactivated as infiltration troughs for heavy rainfall. The drained rainwater will be cleaned using innovative technical solutions. A demonstration particle separation plant is being developed and adapted to local conditions. The Steinhardt HydroMESI is the model for this process; the product has been re-designed to meet local requirements. In the new government district in Beijing, the project participants are building a high-quality treatment plant with inlet structure, coarse separation, discharge throttling, sedimentation, filter and equalizing tank, which operates with no electricity using the powers of gravitation.

The aim of the new development is also to take advantage of the topography, reducing run-off, delaying run-off, cascading run-off to prevent flooding in the lower areas of the city. For this purpose, a “Chinese” HydroSlide flow regulator will be developed, the design of which will take into account the difficult local framework conditions such as the short-term, heavy, monsoon-like rain run-off, the immense erosion or the deposits of plastic, garbage, etc. on surfaces as well as in the sewer system. In order to cope with the major challenges, other hydraulic drainage solutions are being considered – such as a mixture of HydroSlide and HydroStyx. Discharge brakes connected in series with controlled openings and cascading form the technical basis.

The Major Program of Science and Technology for Water Pollution Control and Governance was called into being in China under the aegis of the Chinese Ministry of Environment, supported by a further six collaborating ministries from the central government, with the aim of effecting improvements in water management. The programme is due to run from 2006 to 2020. Close co-operation between 16 German project partners from industry – mostly the SME sector – and research will secure scientific knowledge whilst guaranteeing economic exploitation of the results by the participating businesses. The ten leading research institutes, responsible authorities and water works that make up the Chinese project partnership, will implement the solutions in China.
Further information can be found under: http://www.water-sign.de/

The Major Program of Science and Technology for Water Pollution Control and Governance was called into being in China under the aegis of the Chinese Ministry of Environment, supported by a further six collaborating ministries from the central government, with the aim of effecting improvements in water management. The programme is due to run from 2006 to 2020. The consortium project SINOWATER is concerned with two or three major water bodies, which also happen to be the most polluted in China – the river Liao and Lake Dian in the area of the megacities of Shanyang and Kunming respectively.

The overall aim of the SINOWATER project is to improve the water quality in the Chinese water systems around the river Liao and Lake Dian and so to develop and optimise Good Water Governance. German innovative water technology and advances in water management elements will play major roles in achieving these objectives.
Further information can be found under https://client-sinowater.net/de

CENTAUR is a European Union Horizon 2020 (H2020) Innovation Action, the project started in September 2015 and will run for 3 years.
This project aims to provide an innovative, cost effective, local autonomous sewer flow control system to reduce urban flood risk and thus fits within the requirements of the priority thematic area of flood management identified by the EIP on Water.
CENTAUR has been developed and tested using computer models and a laboratory test facility at the University of Sheffield (UK). A pilot system has been installed in Coimbra (PT) in September 2017 and is currently undergoing field testing. A further demonstration site in Toulouse (FR) is being designed for implementation in late 2017.
As an ‘Innovation Action’, CENTAUR aims to develop existing technologies into a marketable system. The project team includes two SMEs, three universities / research institutes and two water utilities, more information is on the
Project Partners page.
See the About CENTAUR page for further information about the project aims.

See also the article included in the EU Results Pack on Digital Transition in Water.

Within the scope of an AiF-managed project entitled HydroKavtec, the microbiological cleaning performance of a hydrodynamic cavitation systemdeveloped by Steinhardt GmbH will be researched and evaluated at the Technologiezentrum Wasser (TWZ) in Karlsruhe.

The background facts: In human medicine around 700 to 800 tonnes of antibiotics are consumed annually in Germany and in veterinary medicine the figure is even twice as high. The result is an increasing number of resistant bacteria that are released into the environment via wastewater and ultimately find their way back into the human community. Multi-resistant bacteria is the term used to describe bacterial strains which have learned to adapt to the effect of various antibiotics. In addition to multi-resistant bacteria, other waterborne pathogenic agents exist that can cause diseases, for example legionella which attacks the lungs.

The HydroKavtec project focusses on a hydrodynamic cavitation-based process which is being developed to eliminate pathogens present in water. Using a defined high process water pre-pressure, cavitation, oxidation and vacuum are generated with pinpoint accuracy in a specially developed hydromechanical reactor system. The vacuum causes the structure of the bacterial cells to burst, any residue is largely eliminated by oxidation.

Our project partner, the TZW – The German Water Centre – will be responsible for recording the microbiological efficiency of the process. The process and plant technology will be developed by the Steinhardt company and will be specially adapted to the requirements described. Furthermore, high performance operation must be attained in creating the cavitation effect with only minimum energy input. 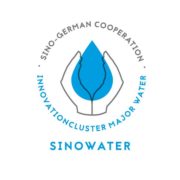 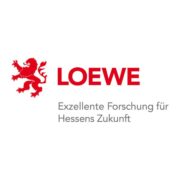 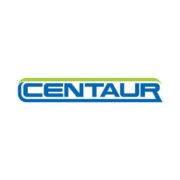 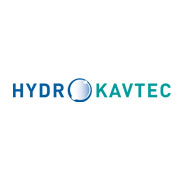 If you do not want that we track your visit to our site you can disable tracking in your browser here:

The following cookies are also needed - You can choose if you want to allow them: